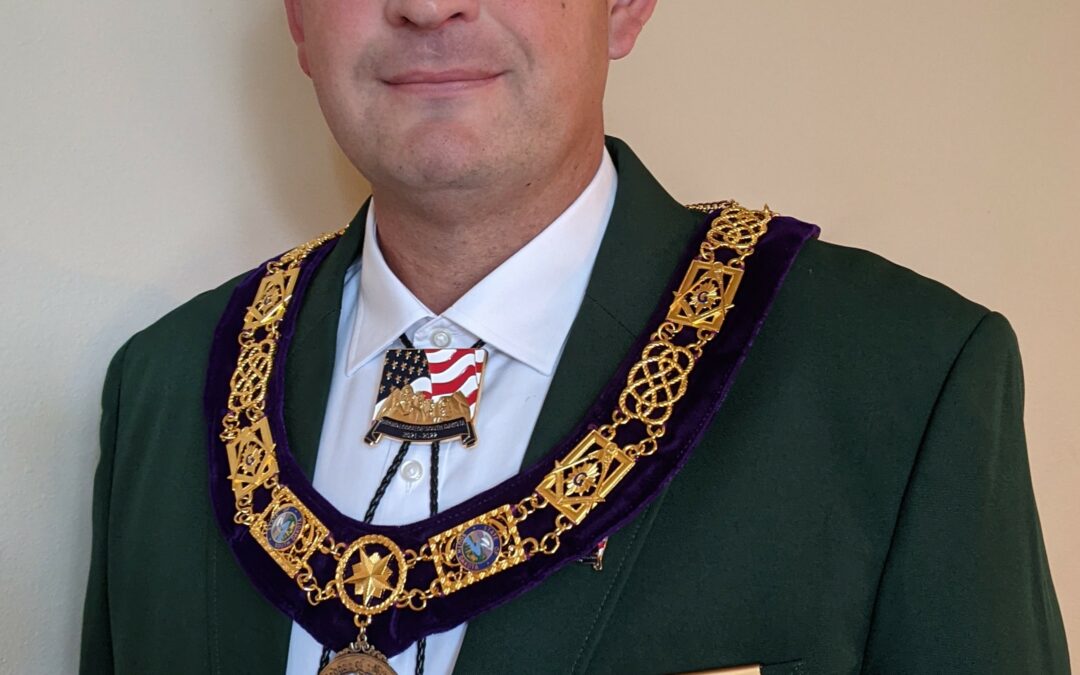 Dane was initiated, passed, and raised in Unity Lodge #130. Since then, he has progressed through the officer line and served as Worshipful Master of Unity Lodge #130 during the 2018-2019 Masonic year. He has served as Secretary of his Lodge for the last two years.

Dane has assisted the Grand Lodge Committee on Public Awareness in planning Masonic Days with the Sioux Falls Canaries. In addition, he has led opportunities for local Masons to volunteer through the Center for Active Generations in the Rake the Town community service project. Each fall, this program cleans and removes debris from yards of community members who are elderly or physically unable to do so. Dane helped to organize the first annual Masonic Drive Thru, providing socially distanced meals to Brothers, their families, and members of the community during the pandemic. Proceeds from this event benefited local COVID relief funds. He is a member of and has chaired Unity Lodge’s Scholarship Committee which provides up to $2,500 annually to scholars pursuing higher education across the state. Dane has a passion for Degree Work and has received his Senior Ritualist Award through the Grand Lodge. He has helped many Lodges across the state in conferring degrees.

He serves as the Treasurer for the Sioux Falls Masonic Building Association. In this role, he has reorganized the association’s financial and record keeping systems. This includes building new systems and procedures that have aided the association in revitalizing its financial state. The association is now in fiscally good condition and has created an endowment with a funding plan to assist in future growth and renovations.

He and his wife, Alanna, live in Sioux Falls with their two-year-old daughter Amelia, corgi Dakota, and cats Luna and Kirby. He has a bachelor’s degree in Government from Augustana College (now Augustana University) and a Master of Public Administration and Nonprofit Management from Villanova University. He has earned his Certified Fund-Raising Executive (CFRE) designation as well as his Change Management Specialist (CMS) designation. He currently works as the Regional Philanthropy Officer for the American Red Cross, serving the Minnesota and Dakotas Region.

He is excited by the progress and growth made as a result of the work of all the Brothers across the state during the last year. Partnerships have been made throughout the state through frequent visits and shared goals. He would be honored for the opportunity to continue this work in the coming Masonic year.

As part of his dedication and commitment to serving Lodges and raising leaders across the state, he wants to express his deep gratitude to all of the Brothers across the state for their input and dedication to our craft. A special thank you to the Brothers of Minnehaha Lodge #5, Resurgam Lodge #31, and Unity Lodge #130 their nominations and support during this Annual Communication.