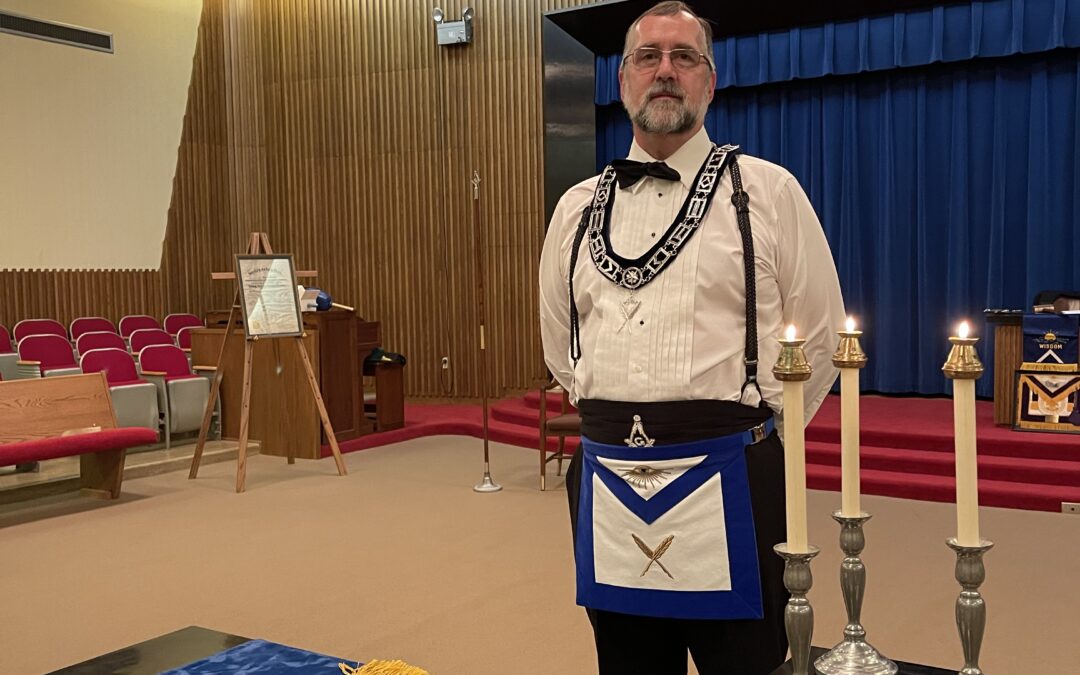 WB Lee A. Lewis is a native of Sioux Falls, SD. He graduated from the University of South Dakota in 1992 and from the University of South Dakota School of Law in 1995. He entered private practice in Mitchell SD in 1995. In 2001 he relocated back to Sioux Falls, SD continuing his private practice and working in real estate management. He served on the Board of Directors and as In House Counsel for First State Bank in Armour SD from 2001 until 2016.

Brother Lewis was Raised a Master Mason on March 11, 1988 in Unity Lodge #130, Sioux Falls, SD, a fifth generation mason in Unity Lodge. After moving to Mitchell, SD in 1996 he became a dual member when he became affiliated with Resurgam Lodge #31. He served as Master of Resurgam Lodge #31 from June 1999 through June 2000. WB Lewis has served two terms on the Custodians of the Work for the Grand Lodge of South Dakota, first from approximately 2004 through 2009 and again from 2018 through the present. He was appointed to the Finance Committee for the Grand Lodge of South Dakota in July, 2021, and was elected Secretary of Unity Lodge #31 on January 13, 2022 where he continues to serve.

WB Lewis has been active in the Sioux Falls Valley Scottish Rite serving as Director of the Work form 2000 through 2005 and Venerable Master in 2006. He is a member of the Sioux Falls York Rite bodies which consist of Chapter #2 Royal Arch Masons, Alpha Council #1 Cryptic Masons, and Cyrene Commandery #2, and is also a member of the SD Masonic Lodge of Research. He has served as president for the Corn Palace Shrine Club, the Ritualistic Unit, and the Oriental Band in the El Riad Shrine and is currently the Director of the Ritualistic Unit.

WB Lewis believes his experiences inside and outside the masonic family give him the insight and experience to faithfully and competently exercise the duties required of a member of the Jurisprudence Committee.

WB Lewis is nominated by the brothers of Unity Lodge #130.