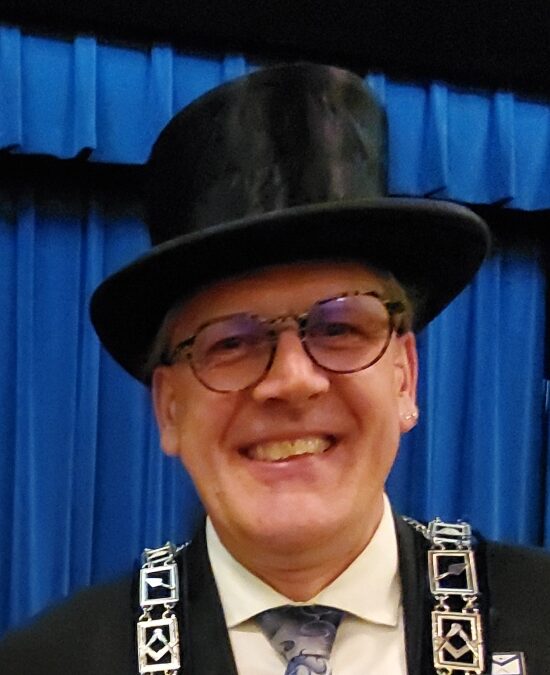 Ron was initiated, passed, and raised in Unity Lodge in 2008. He has served as Marshall prior to starting through the officer line and then serving as Worshipful Master of Unity Lodge #130 during the 2021-2022 Masonic year. Ron has also served as a representative of his lodge on the Masonic Building Association board and Masonic Relations to El Riad Shrine.

Ron became a Noble of El Riad Shrine in 2008. Member of the Legion of Honor and served as Commander of the Legion of Honor in 2011 and 2019. Member of the following units. Directors Staff, Ritualistic Unit, Ski Club & Highlanders. Ron has served on the Circus Committee from 2010 through 2019.  He also was a Potes Aide and Chief Potes Aide in 2013 – 2015. Ron work as an Event Coordinator for the El Riad Shrine from 2015-2020.

Ron became a member of the York Rite in 2017 and has served as the Illustrious Master of Council in 2019, the Eminent Commander of Knights Templar from 2020 through 2021. Currently the High Priest of Chapter and the Grand First Guard for Knights Templar.

Ron has been visiting various lodges over the past several months in support of their degree work and/or stated meetings. He encourages ALL Masons to reach out beyond their own lodge and visit another lodge. It truly is a humbling experience to meet with other Masons across the state.  I would be honored for the opportunity to do this in a more official capacity.

A special thank you to the Brothers of Minnehaha Lodge #5, Trinity Lodge #200, Resurgam Lodge #31, and Unity Lodge #130 for their nominations and support.